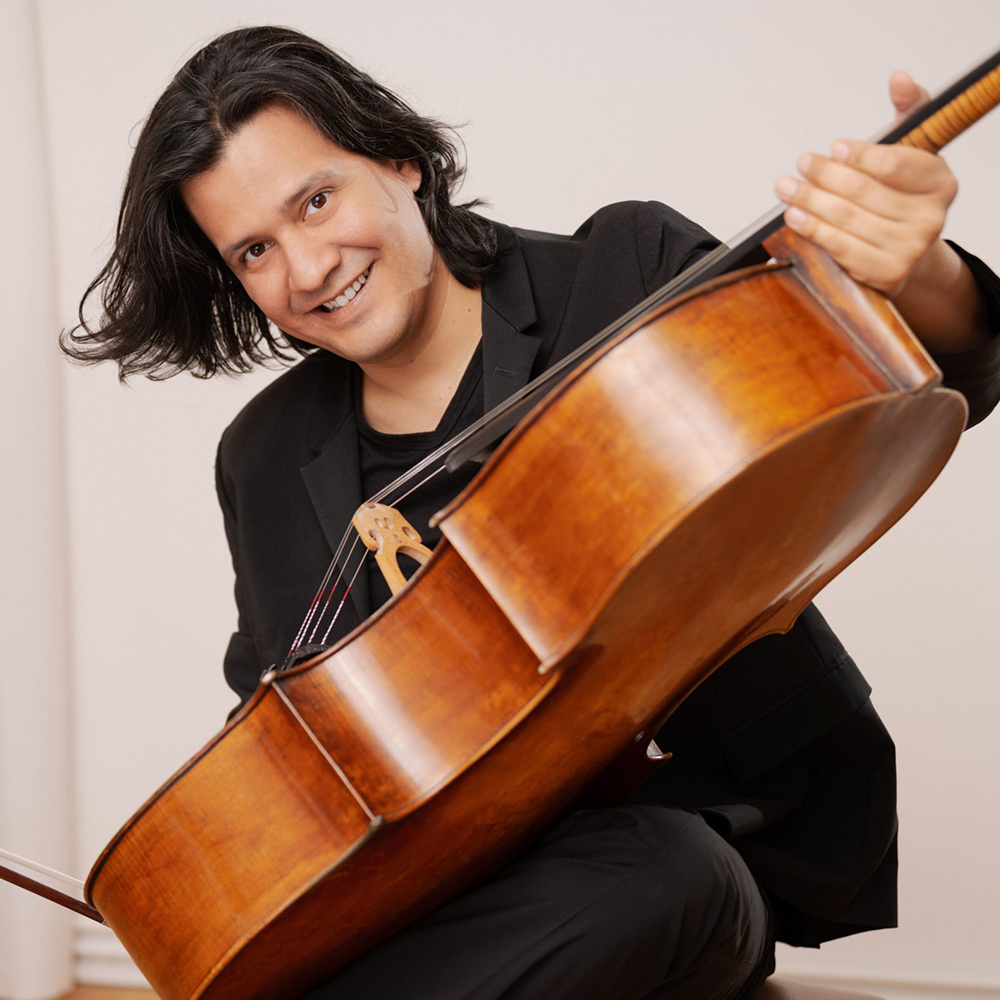 The German-born cellist of Peruvian-Uruguayan descent is one of the most sought-after musicians in his field. As a student of Boris Pergamenschikow, Claudio Bohórquez achieved success at an early age at international competitions such as the Tschaikowsky Youth Competition in Moscow and the Rostropovich Cello Competition in Paris.

This culminated in 2000 with three awards at the first International Pablo Casals Competition held under the auspices of the Kronberg Academy: Marta Casals Istomin presented Claudio Bohórquez with first prize, a special award for the best chamber music, and also the use of Casals’ Gofriller cello for a period of two years. He also won first prize at the International Music Competition in Geneva, an achievement that marked the start of his career as a soloist. Meanwhile he has become a teacher himself: from 2011 to 2016 he was professor at the Musikhochschule Stuttgart, in September 2016 he was appointed to the Hochschule für Musik “Hanns Eisler” Berlin, where he has been a guest professor since 2003.

Among others, Claudio Bohórquez has performed with almost all German radio orchestras, the Staatskapelle Dresden, the Leipzig Gewandhaus Orchestra, the Wiener Symphoniker, the Collegium Musicum Basel, the Orchestre de Paris, the Orchestre Philharmonique de Radio France, the Tonhalle Orchestra Zurich and the Academy of St. Martin in the Fields. In Japan, he performs with the NHK Symphony Orchestra and the Tokyo Philharmonic Orchestra. In the US, Claudio Bohórquez recently gave concerts with the Boston Symphony, Chicago Symphony, Cleveland Orchestra, Detroit Symphony, Los Angeles Philharmonic, National Symphony and the Philadelphia Orchestra.